Sexy, sleek, conceptual and vintage. If the first visual those words bring up in your mind is a car, then the Pebble Beach Concours D’Elegance is where you want to be.

In fact, only 18 cars have ever sold at auction for more than US$10 million. And 11 of them have sold during the Monterey Car Week auctions, that surround the Pebble Beach Concours D’Elegance.

Name dropping is a big deal when it comes to expensive cars, and the right brand can exponentially shoot the price upward.

Exotic cars from Bugatti, Pagani, Ferrari, McLaren in itself are expensive car brands. Even their standard models would have most pocketbooks shying away.

But the most expensive cars are always those that have a limited series. As a rule, auto brands make very limited (sometimes up to 10 cars) series of cars with exclusive options – and these cars rock the price.

Sweptail By Rolls-Royce– US$13 Million

The Rolls-Royce Sweptail is hand-built and inspired by coachbuilding of the 1920s and 1930s. The Sweptail was commissioned in 2013 as a one-off automobile, at the request of a super-yacht and aircraft specialist who had a unique idea in mind.

This particular exclusive car comes with its custom coachwork, reminiscent of the royal carriages.

This car can seat only two people and the sunroof is fully panoramic, tapering down sharply like those of the racing yachts, as per the orders of the customer.

Something very cool about the interior’s handcrafted wood and leather are the hidden attaché cases for holding laptops behind each door.

This is a modern interpretation of Jean Bugatti’s personal Type 57 SC Atlantic that got lost during World War II. The stunning grand tourer is described by the manufacturer from Molsheim as being the most expensive new car ever sold.

With a price tag of €11 million (about $12.45M at current exchange rates) before taxes, we’re not going to argue that point. Speaking at the car’s reveal during the Geneva Motor Show, Bugatti president Stephan Winkelmann said the car was sold for US$18.68M.

The Pininfarina Sergio is a concept car produced by the Italian design house Pininfarina.

It was presented at the 2013 Geneva Motor Show as a tribute to the former chairman of the company and automotive designer, Sergio Pininfarina. More photos here.

Back in the day, race cars had a sense of high brow elegance about them, and this Alpha Romeo exemplifies this. Speed and beauty in this classic package.

Just like owning a yacht or any boat for that matter, there’s nothing practical about owning expensive cars.

But there is something strangely mesmerizing about these works of art. As long as they keep making them, we’ll keep bidding on them, collecting them, and bragging about them.

Looking For Turkish Coffee? Start Packing For A Luxury Flight 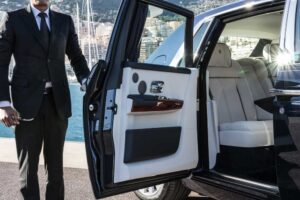