Each year around March, the new World Happiness Report comes out with its rankings among the top countries for overall happiness.

Data was collected from146 countries and looked at various life evaluations and positive and negative emotions.

Finland has achieved the number one ranking for 2021 and has been the king of the happiness mountain, now holding this top spot for happiness for the past 5 years.

For a country that has 6 months of freezing cold winters and darkness, that’s truly amazing. We’ll deep dive into what makes Finland the happiest country in the world shortly.

This is based on the “Cantril Ladder” where around 1000 responses from each country are asked to rate their responses by imagining a ladder where the best possible life is a 10 (top of the ladder) and the worst a 0.

Life evaluations provide the most informative data, capturing a person’s quality of life. This has more accuracy as it focuses on the circumstances of one’s life.

Since this report included a year of COVID-19, we are still seeing little movement in rankings from year to year. In fact, there has been a huge upsurge in benevolence during the pandemic.

This shows a keen insight into a person’s ability to adapt and “going with the flow” seems to be a strong factor in happiness. We’ll see that in a minute where people now seem to choose a calm life over an exciting life when it comes to being happy.

At the top of the spectrum, Finland scored a 7.821 and at the bottom, we find Afghanistan with a 2.404 rating. So where does the United States rank for happiness?

Overall Rankings For Happiness By Country

The United States ranks 16th with a 6.977 rating, which is barely a little more than halfway up the Cantril ladder, but still a formidable rank.

The top 5 spots are held by 1. Finland, 2. Denmark, 3. Iceland, 4. Switzerland, and 5. The Netherlands. These are the same usual suspects holding these rankings from the previous year.

If you know your geography, you might see a common thread here. The Nordic countries showed higher levels of personal and institutional trust and were able to better manage the coronavirus pandemic. At least they think so.

Balance and harmony – concepts that are closely linked but not synonymous – are used and defined in myriad ways, each having a “fuzzy” conceptual boundary.

Among positive experiences, we know Eastern culture gives special value to experiences of balance and harmony, thus important indicators of happiness. The Gallop World Poll didn’t start considering this until 2020. They found:

The experiences of balance, peace and calm are more prevalent in Western countries, which also experience the highest levels of satisfaction – and they are less prevalent in poorer countries, including those in East Asia.

The majority of people polled in almost every country prefer a calmer life to an exciting one. This preference is particularly high in the poorer countries, especially in Africa, where actual calm is low.

Both balance and peace contribute strongly to a satisfying life in all regions of the world. This is something that the Nordic countries have dialed in and can be attributed to nature, how those countries are run, and their culture. (We’ll give you that rundown when we get to Finland).

Western nations found participants primarily defined happiness as a condition of “psychological balance and harmony,” while a more extensive follow-up study similarly observed that the most prominent psychological definition was one of “inner harmony” (featuring themes of inner peace, contentment, and balance).

In general, when asked if one felt they had peace and balance in their life, The list is topped by the Netherlands, followed by Iceland, Taiwan, Finland, Norway, Lithuania, Saudi Arabia, Malta, Denmark, and Austria.

In terms of whether people prefer to experience balance/harmony, there was a clear preference for a calm life, as chosen by a majority of people in all countries (except Vietnam and Georgia).

Happiness, Benevolence, and Trust – The Lost Wallet As An Indicator

Three measures of prosocial behavior—donations, volunteering, and helping strangers—all showed increases in 2021 in every global region, almost up by a whopping 25% from the previous year!

In the World Happiness Report 2020, we found that individuals with high social and institutional trust levels were happier than those living in less trusting and trustworthy environments.

The World Happiness Report 2021 presented new evidence using the return of lost wallets as a powerful measure of trust and benevolence.

They compared the life satisfaction effects of a respondent’s lost wallet being returned (positive event) with the comparably measured likelihood of negative events, such as illness or violent crime.

The results were striking, with the expected likely return of a lost wallet being associated with a life evaluation more than one point higher on the 0 to 10 scale, far higher than the association with any of the negative events assessed by the same respondents.

These results may sound a little confusing but basically, most people say they would have a greater level of satisfaction from experiencing their lost wallet being returned when compared to not being involved in a crime or having an illness.

What Makes Finland Such A Happy Place?

Let’s first talk about nature. Finland is filled with forests and crystal-clear lakes. In fact, forests cover more than 70% of the land. It kind of sounds like the type of place one would vacation or go to find balance in their life. This hasn’t escaped the Finnish people, they get it.

Finnish culture also focuses more on cooperation rather than competition, which knocks down the stress factor exponentially.

The World Happiness Report also mentions how safe people feel, which is due to their low crime rate. And for the most part, social classes comingle equally in education and healthcare with a large middle class and very little poverty.

Also, when you have a baby Finland and other Nordic countries give 10 months of parental leave, of which the father gets nine weeks. Both parents stay home for the first three weeks. Overall, the Fins know how to relax, how to be there for others, and how to decompress in the great outdoors.

Can Money Buy You Happiness?

Apparently yes. For a mere US$17,700.00 you can earn a masters degree in Happiness Studies at Centenary University in New Jersey.

The program explores the implications of happiness for individuals, the workplace, and our broader society according to the school’s curriculum. Tal Ben Shahar is a happiness expert and the director of the program. That would be a better look on your resume than drawing a smiley face.

Centenary, a private college in Hackettstown, New Jersey with about 1,100 students, teamed up with the Happiness Studies Academy to create the happiness program.

That seems to be a lot of happiness from where we’re sitting. The academy’s mission “is to lead the happiness revolution” which seems like an oxymoron to us.

First, balance/harmony “matter” to all people, including being experienced by, preferred by, and seemingly impactful for people, in a relatively universal way.

Second, and relatedly, balance and feeling at peace with life could be considered central to well-being, on a par with other key variables linked to high life evaluations, such as income, absence of health problems, and having someone to count on in times of need.

Jetsetty continues the mantra of a “life, inspired” which we see as being somewhere along the upper tier of the happiness ladder, On the benevolent front, look no further than Oprah Winfrey who sets the bar for giving back and looking after others. Have you ever seen her not happy? 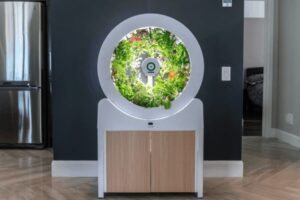 Lions & Tigers & Bots, Oh My! 5 Cool Ideas Without The Wizard