There are lots of churches celebrities attend, and our top 5 have the production value these A-listers are accustomed to.

For many churches, the days of fire and brimstone preaching have been replaced by bands, large projector screens with visual effects, and even a little stand-up humor injected in their weekly message. Of course, quite often the message is still being delivered in a fire and brimstone manner.

But there’s no doubt an energetic revival of music and singing makes it easier to capture the wayward youth, snagging their attention from YouTube and video games. At least for an hour on Sundays.

Hillsong is a contemporary Christian church, a movement of almost 1,100 churches and more than 250,000 believers across Australia where it’s based.

This megachurch also has notable roots in New York and Los Angeles where we find many Hollywood stars that are known to be part of the flock. Considering the Laker’s recent division titles and championships, we’d say someone is getting their prayers answered.

Offering up sermons that attract Millennials, Hillsong services are likened to having a rock star vibe.  Baptisms are even followed by after-parties with food trucks. Nice to see Justin and Haily have included church as another activity alongside buying homes.

As for music, Hillsong produces its own music under its own label. They’ve released 11 albums as well as churning out the Grammy-nominated group Young & Free.

Vous Church is located in Miami, Florida so we know notable stars and sports figures will be found on their metaphorical roster of whos-who (hey, we’re all A-listers in the eyes of the church).

Mixing things up, we have some of the same celebrities checking out the scene at Vous – Kanye West, Kim Kardashian, Kourtney Kardashian, Selena Gomez, and Justin Bieber. The church is led by Pastor Rich Wilkerson Jr., who officiated Kanye and Kim Kardashian’s wedding in Florence,

Italy. In fact, Pastor Rich and his wife DawnCheré even have their own reality show.

A young hipster-looking couple with leather jackets, untucked shirts, and a casual look, taking the relatable route seems to work out well with about 465,000 followers across their social media platforms.

With 6 different streaming channels including Sunday services, you can easily test-drive Vous Church anytime and see what they’re all about.

If you like the energy level they put out and it gets you fully charged for the upcoming week, then you’ve found your home away from home.

Based in Los Angeles, California, this megachurch has a commonality we see in other churches celebrities attend – The Pastors themselves have elevated to celebrity status. We haven’t seen any Pastor trading cards yet, but certainly something we can pray for.

Founded in 2015 by Pastor Chad Veach and his wife Julia Veach, Pastor Veach used to preach at Hillsong, so he went straight out the gate with name-brand recognition.

This attracted celebs like Chris Pratt. Pastor Veach even has Kourtney Kardashian following him on Instagram which has the snowball effect when growing a massive flock.

In fact, he once told the New York Times, “Instagram built our church. Isn’t that fascinating?”

Other celebrities that were seen attending Zoe Church include Justin Bieber, Katherine Schwarzenegger, Hailey Baldwin, Ashley Benson, Maria Shriver, and Selena Gomez. Church hopping seems to be a thing now with our A-listers. Located in the heart of Beverly Hills, it’s easy to see this will have a recognizable congregation. In 2010, Judah and Chelsea were approached by a woman who invited them to one of her son’s concerts stating “he needs some good influences in his life.” Turns out she was The Beib’s mom, and the rest is history.

Here, front row seats at church are reserved for celebrities, and the paparazzi hover over the rear entrance like hawks. And you thought getting a table at these LA restaurants was tough. Justin Beiber seems to be the common denominator other celebrities follow, and true to form he is followed by the usual suspects at Churchome – Kourtney Kardashian, Ciara and Russell Wilson, and Selena Gomez.

Out of fairness to Selena, she was brought to church on a date with Justin so we’d expect her to be linked to several of the same churches that Justin attends. It’s not like she’s stalking him.

Our last megachurch that celebrities attend is Mosaic, named one of America’s ‘most influential churches.’ The Los Angeles based Mosaic Church was founded by Cultural pioneer and thought leader Erwin McManus.

If you’ve heard of the popular book, The Way of the Warrior: An Ancient Path to Inner Peace, this was written by Erwin.

This best-selling author has sold more than a million copies so seeking a sense of spirituality seems to be high on the list for a lot of people.

The pop concert style, with original songs performed by a live band – stage lighting included – one could mistake this for a Coachella weekend.

Pastor Erwin is all about turning spirituality into creativity so naturally, this is going to attract those in the entertainment industry. Mosaic’s congregation has seen Ben Affleck and R&B singer Usher Raymond. It’s not a stretch to say this group can carry a tune. Getting an inspirational dose of spirituality at these churches celebrities attend, doesn’t require the glamour and style of strutting down the red carpet.

Feel free to ditch the coat and tie. Untucked shirts, skinny jeans, leather leggings, and casual hip is the norm at these weekend revivals. 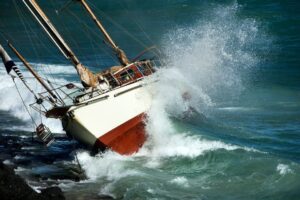